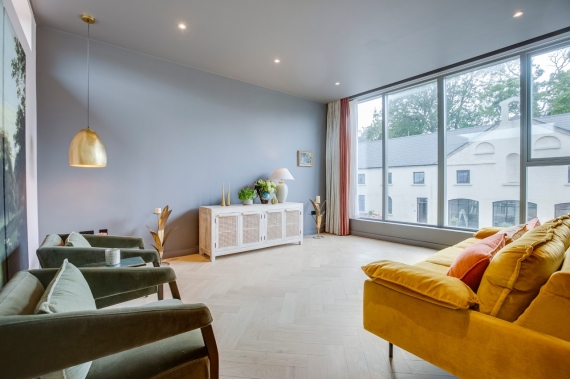 Ireland will not need to extend a temporary residential rent freeze beyond the coronavirus crisis, Acting Taoiseach Leo Varadkar was quoted as saying on Sunday, amid calls from some parties for more permanent rent caps.

Even before the crisis, the issue of rent control was already a major focus of attempts to form a government after an inconclusive election in February. Varadkar's Fine Gael party is in negotiations with its historic rival, Fianna Fail, to try to form a coalition.

Varadkar's caretaker government has banned increases in residential rents for an initial three months during the coronavirus emergency, and a number of lawmakers have said the measure should be extended.

The nationalist Sinn Fein party, which won the most votes in the election, campaigned on a promise to impose a two-year rent freeze. Neither Fine Gael or Fianna Fail committed to such a measure but were under pressure to do so before restrictions to slow the spread of the virus hammered the economy.

Rents have soared in recent years in Dublin, and are now 40% above the levels seen before Ireland suffered a crash in property prices a decade ago.

Varadkar said extending the rent freeze would be unnecessary because he anticipates rents are going to fall.

"At least initially, we are looking at higher unemployment and reduced incomes this year. Probably reduced inward migration as well," Varadkar told the Sunday Independent newspaper in an interview.

"In that environment, it's hard to see any landlord increasing rents. They may be glad to have a reliable paying tenant. Rents will probably fall. I don't think this is a bad thing, especially in Dublin."

Varadkar also said the government is likely to gradually unwind an emergency three-month welfare payment for those who have been laid off or had hours cut as a result of the virus, rather than allow the extra payments to expire abruptly. (Reuters)