Green Party could be kingmaker in election 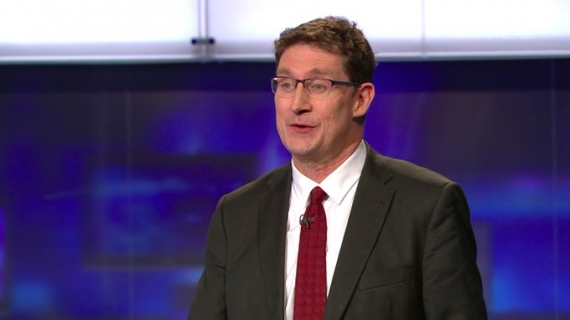 Ireland's Green Party, likely to be a kingmaker after Saturday's election, would re-introduce an aviation tax opposed by Ryanair and push two megaprojects to cut carbon emissions if it enters government, leader Eamon Ryan said in an interview this week.

While recent opinion polls show the Green Party in fourth place with around 8% support, the country's two dominant parties, Fine Gael and Fianna Fail, have consistently named the Greens as a preferred partner. Analysts say most possible governments would seek the Greens' support.

Support for the party collapsed in 2011 after a disastrous four-year stint in coalition with center-right Fianna Fail, which saw the Irish economy collapse after a property bubble burst. But support has bounced back amid a political "green wave" across Europe.

"We have four other green parties in government across Europe, I am hoping we can make it a fifth," Ryan told Reuters in the interview on Wednesday, adding he was targeting around 10% of the 160 seats in parliament.

Ryan said he was open to being in a coalition with any party and said the key aim would be to increase planned cuts to carbon dioxide emissions to 7% per year from 2% per year. Anything less "won't work," he added.

One of the most achievable goals would be the re-introduction of an air passenger travel tax, scrapped in 2011, that charged 10 euros for each passenger flying to an airport more than 300 kilometers (185 miles) from Dublin, he said.

"I don't see that as a particularly difficult negotiation," he said, adding he was confident it would be secured in any coalition talks. "It's not a huge (thing), it's a 10 euro a ticket tax. … It signals intent."

Persuading partners to end the construction of major new motorways on the island, on the other hand, would be a "real challenge."

The greens would pursue two megaprojects, he said: huge floating wind farms off the Irish coast and the "re-wetting" of the country's bogs, which cover 16% of its land.

The latter involves blocking drains of dried-out bog land to restore the water level up to the vegetation level, creating a huge carbon sink.

"We think could save something like 10 million tonnes of carbon a year. So that is big," he said of the bog project. Current emissions are around 60 million tonnes.

The offshore boom would have two phases – first 5 gigawatts of wind capacity added in the Irish Sea in the 2020s followed by 30 gigawatts in the Atlantic to the west and northwest of Ireland in the 2030s.

That, he said, would help ease concerns about a boom in data centers, many built by large employers in Ireland like Google and Amazon. Such centers could be consuming 30% of Ireland's electricity use in 10 years time, he said.

"This is complex … we have 60,000 people working in this city (Dublin) in the tech sector," he said. "We have to make sure that their use is compatible with our climate targets. (Reuters)