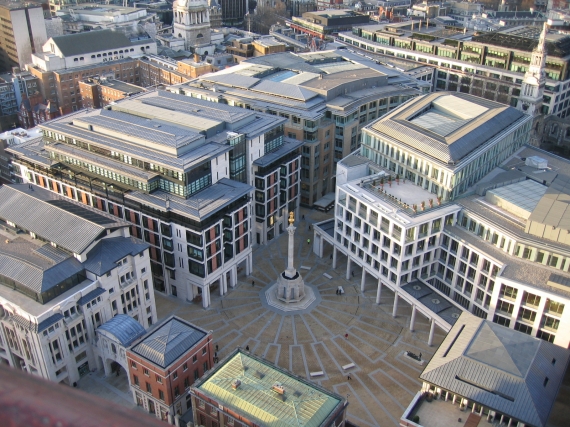 European shares tumbled on Wednesday as fears over the relentless global spread of the coronavirus overshadowed sweeping stimulus measures to support businesses and contain the economic damage from the pandemic.

The pan-European STOXX 600 index was down 2.2%, remaining at near seven-year lows, with bourses in London and Germany leading declines.

Industrials also posted some of the heaviest losses as JP Morgan highlighted the scale of the damage a virtual halt in airline business will do to European civil aerospace firms.

"Right now the predominant concern is that all the shutdowns of just about everything is going to lead to a recession," said Michael James, managing director of equity trading at Wedbush Securities in Los Angeles.

"The sentiment is being dominated by those fears far outweighing everything else."

European shares have lost more than 30% since hitting a record high mid-February as some countries in the bloc imposed national lockdown to halt the spread of COVID-19, the disease caused by the novel coronavirus.

Italy's prime minister on Tuesday declared the virus was causing a "socio-economic tsunami" as European leaders agreed to seal off external borders.

Following dramatic monetary policy easing by some of the world's biggest central banks earlier in the week, U.S. President Donald Trump pressed on Tuesday for a $1 trillion stimulus package, while many other governments looked to fiscal stimulus.

British IT company Micro Focus International slumped 9.4% after scrapping its final dividend as part of a plan to brace for the fallout of the pandemic.

Energy stocks tumbled 3.7% as oil prices plunged to their lowest since May 2003. (Reuters)