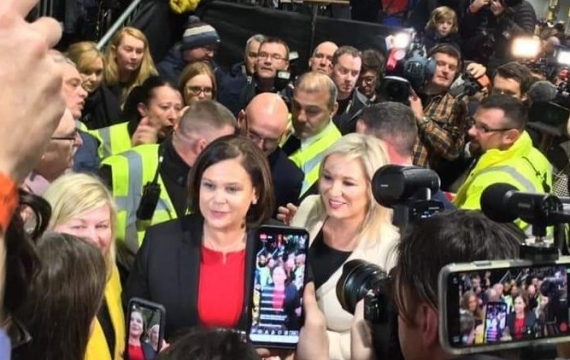 Goodbody Stockbrokers have today warned that a protracted period of political uncertainty in Ireland lies ahead, as Saturday’s general election in Ireland delivered a hung Dáil and no obvious route to a new government.

Consistent with the opinion polls during the campaign, Sinn Féin enjoyed its best day at the polls, taking 24.5% of the first preference votes, up 10.7% relative to the 2016 election. The traditional two big parties (Fine Gael (20.9%) and Fianna Fáil (22.2%)) both saw falls in support, taking their combined total to the lowest in the history of the State.

Despite having the largest amount of first preference votes, Sinn Féin will not have the largest number of seats in the new Dáil.

Votes are still being counted, but it is likely that Fianna Fáil will be the biggest party with c.43 seats, Fine Gael will have c.40 and Sinn Féin will have somewhere in the high 30s. Sinn Féin would have won many more seats were it not for its flawed strategy of only fielding 42 candidates in the 39 constituencies, much less that Fianna Fáil and Fine Gael.

Goodboday say that given the arithmetic thrown up by the result, it is clear that two of the big three parties will be required to form a government – Fianna Fáil/Fine Gael, Fianna Fáil/Sinn Féin or Fine Gael/Sinn Féin. Taoiseach Leo Varadkar has already repeated that he would not go into government with Sinn Féin.

While Fianna Fáil leader Michael Martin stated before the election that Fianna Fáil would not go into government with Sinn Féin, he was less than conclusive in his statements yesterday and now may be moving in that direction. There are significant differences in the manifestos of the three main parties so any negotiation is likely to be protracted.

According to Goodbody Stockbrokers, "There is no certainty that a government will be formed at the end of these discussions and another election cannot be ruled out in the coming months. The picture will become somewhat clearer when the full results become known later today, but Election 2020 may herald a shift to the left in policy in Ireland."