ECB says it has more firepower to fight crisis 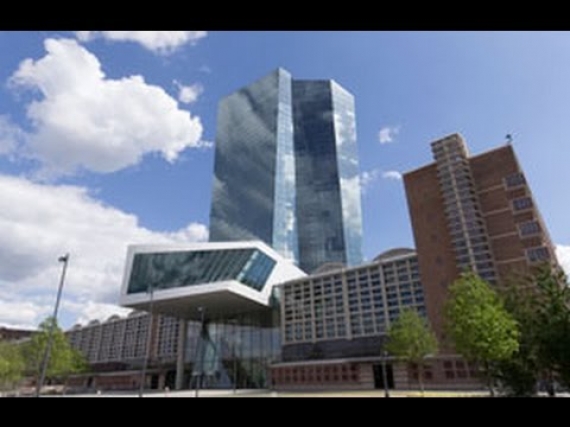 The European Central Bank is ready to take further measures to support the crisis-stricken euro zone economy, it said on Wednesday, attempting to dispel growing concerns that the bank is out of ammunition.

While the ECB agreed on wide range of stimulus measures last week, markets have questioned whether it has any potent tools left should the coronavirus crisis deepen and the bank is called upon once again.

These concerns were reinforced by Austrian central bank chief Robert Holzmann, who suggested in an interview that monetary policy was at its limits and the ECB could not deliver on market expectations.

Seemingly taking back those comments after a public rebuttal by the ECB, Holzmann, a member of the rate-setting Governing Council, published a short statement to say that monetary policy "has by no means" reached its limits.

In a statement on Wednesday, the ECB said it "stands ready to adjust all of its measures, as appropriate, should this be needed to safeguard liquidity conditions in the banking system and to ensure the smooth transmission of its monetary policy in all jurisdictions."

Reinforcing this message, ECB Vice President Luis de Guindos said the central bank could do more but this was a health crisis not a financial one and governments needed to take charge.

Holzmann's comments only add to the ECB's communication headache. It struggled last week to take back comments from ECB chief Christine Lagarde that the bank was not there to lower bond spreads in the euro zone, a remark that pushed Italian yields sharply higher, irritating policymakers and government officials.

De Guindos said the European Stability Mechanism has a 410 billion euro capacity but a common euro zone fiscal tool, long advocated by the ECB, would be helpful, too.

"It would be important to have a common response, a pan-European response… a single fiscal instrument for the euro zone would have been essential," de Guindos told Spanish radio RNE.

The ECB's problem is that the borrowing costs of its weakest members soared in recent days, even as the bank said it was willing to intervene because it was hurting policy transmission.

Ten-year Italian yields were 271 basis points above their German peers while the spread over Spanish bonds was 170 basis points. Greece, not part of the ECB's asset purchase program, fared even worse with spread widening to almost 400 basis points. (Reuters)