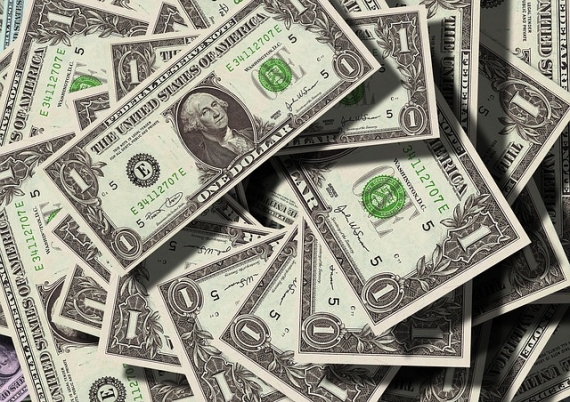 The dollar surged to a three-year high against major currencies on Wednesday, as companies and investors worried by the coronavirus outbreak rushed to the safe haven of the world's most liquid currency.

The greenback hit its highest level since April 2017, breaking 100 against a basket of currencies. The index has gained more than 5% in a little over a week and on a seven-day rolling basis had notched up its biggest rise since the dark days of the global financial crisis in November 2008.

A slew of currencies hit multi-year lows against the U.S. dollar, including the British pound, the Australian dollar and the New Zealand dollar. The Norwegian crown hit a fresh record low of $10.6356..

The European Central Bank, the Bank of England and the Swiss National Bank all held dollar liquidity sales on Wednesday, as part of the biggest co-ordinated funding injection by central banks since the 2007-09 financial crisis.

The high demand in these auctions settled some nerves in money markets but some analysts said that given the widespread nature of the dollar shortage, the Fed's swap lines with the major central banks may not be enough.

"There was a concern that people wouldn't take this up sufficiently because of stigmatization fears. We saw that in 2008. Now we are obviously in a situation where this is not a problem," said Ulrich Leuchtmann, head of FX and commodity research at Commerzbank.

"On the other hand you could see it in a negative way that the situation is so severe no-one cares what it looks like."

He added: "We have a lot of strain at the moment and we might have problems popping up where we don't expect them. But I'm quite confident that this isn't the problem that will create systemic risk."

The U.S. Federal Reserve said on Tuesday it would reinstate a funding facility used during the 2008 financial crisis to get credit directly to businesses and households.

Markets have crumbled this month as investors liquidated nearly everything for cash – driving up the dollar's value and the cost of borrowing the greenback abroad.

Meanwhile sterling fell 1.9%, falling below $1.19 to its lowest level since the pound's so-called 'flash crash' in October 2016.

Only perceived safe-haven currencies managed to hold their ground against a strengthening greenback, with the safe-haven yen up around a third of a percent to 107.30 yen while the Swiss franc edged up 0.1% to $0.96055 francs.

"This is a story of a strong dollar. The Fed's action was better than doing nothing, but at the same time the focus is on signs of when this crisis will end," said Jane Foley, senior FX strategist at Rabobank.

"Everyone understands the shortfalls of central banks. They can't actually physically get people back through the doors of shops." (Reuters)