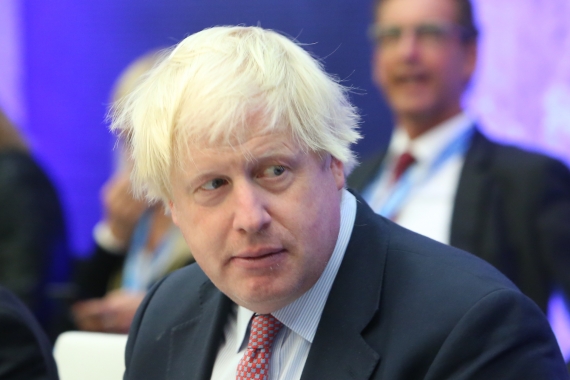 Britain wants a stable relationship with the European Union for "decades to come" in financial services, Britain's finance minister Sajid Javid said on Tuesday, but received an instant rebuttal from Brussels.

Britain left the EU last month and its large financial services sector will lose privileged access to EU customers from January 2021. Financial firms would be able to service those clients only in sub-sectors where rules are deemed "equivalent."

Javid called on the EU to find Britain's financial sector "equivalent," a reference to the bloc's system of financial market access, based on Brussels acknowledging that UK regulation is as robust as the EU's rules.

"This is important not only in the short term, but to establish the norms and ways of working with the EU that will endure for decades to come," Javid said in an article in City AM newspaper.

Replying to a lawmaker's question later in parliament, Javid said the EU should continue to recognize the UK as meeting the EU's equivalent regulatory standards because "on day one (Jan. 1, 2021) we will have exactly the same rules."

However, EU chief Brexit negotiator Michel Barnier told EU lawmakers that Britain should be "under no illusion" on financial services as there would be "no general, global, permanent equivalence" with Britain.

"There will be no common management," Barnier told the European Parliament in Strasbourg.

Equivalence only covers some financial activities, basic banking is excluded, and Brussels can in theory scrap access with just 30 days' notice in some cases.

Britain and the EU have agreed to make such an assessment by the end of June, but Brussels has said actual financial market access will be linked to broader trade issues, such as fishing rights.

An unverified photo of a government briefing paper on equivalence taken outside Javid's Downing Street office by PoliticalPics on Monday spoke of "comprehensive, permanent equivalence decisions" as an opening position for Britain.

Equivalence is used by countries such as Singapore, the United States and Japan, but it has never been applied before to a huge financial center on the EU's doorstep. The bloc has been toughening up conditions for equivalence ahead of Brexit.

Brussels has also made clear that if equivalence is granted for trading, clearing or other financial activities, its regulators would closely supervise UK rules to ensure it was staying aligned to those in the bloc.

Faced with uncertainty over equivalence, financial firms in Britain have opened hubs in the EU to avoid being cut off or having reduced access.

Javid said Britain would no longer be a "rule taker," meaning it will not continue to cut and paste EU financial regulations into UK law as it did while a member of the bloc.

More broadly, the EU is prepared to offer Britain unrivaled access to its single market in a trade deal with zero tariffs and quotas, but has insisted that any such rights would have to come with obligations to ensure fair competition.

European Commission President Ursula von der Leyen said she was encouraged by British Prime Minister Boris Johnson's ambition on social and environmental standards and that these could form the basis of 'level playing field' obligations between the EU and Britain. (Reuters)